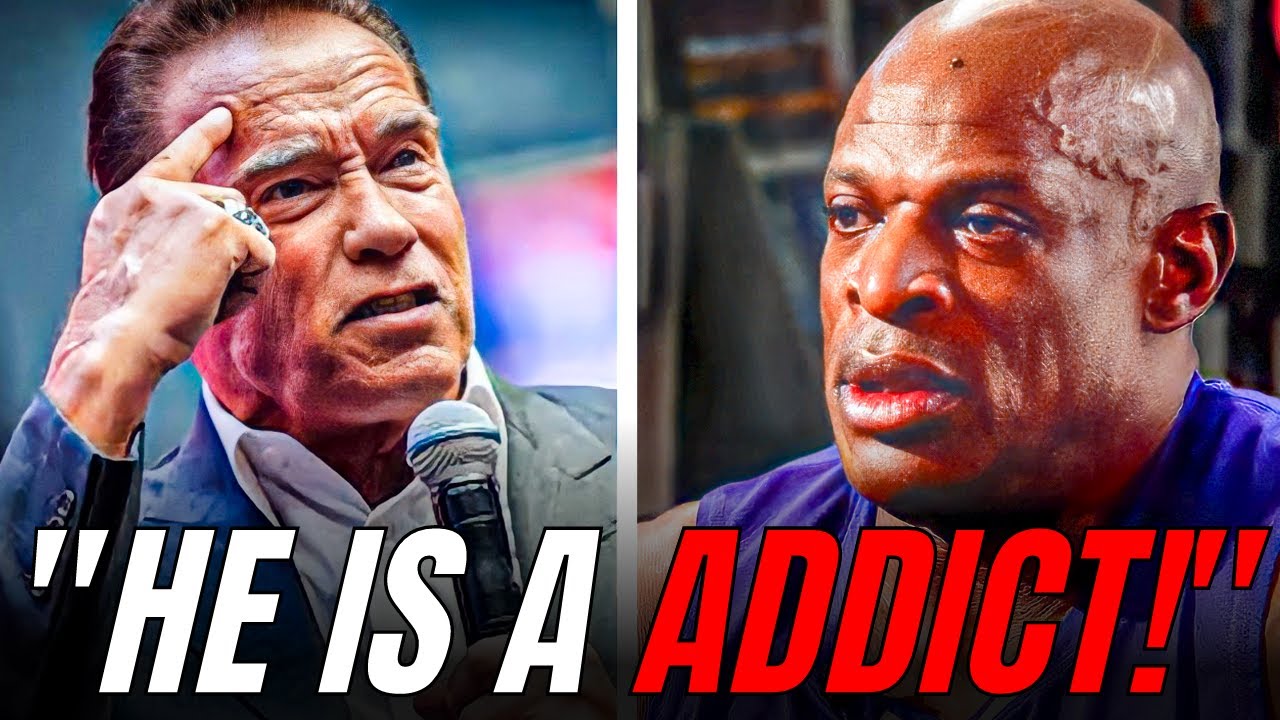 Number 4. Kevin Levrone
In GI Exclusive Vault releases we’ve been seeing the unused footage from Ronnie Coleman: The King. Most notably, there’s been some debate about Ronnie’s hardcore lifting lifestyle. Some, like Dorian Yates, thought it was unnecessary due to the risk. He doesn’t think the heavier weight gave Ronnie a better physique. Ronnie himself thinks it is directly responsible for his iconic physique. In GI’s Exclusive, Kevin Levrone explains why he believes that Ronnie Coleman’s strength is beyond human and a gift from God.
Kevin Levrone makes one thing clear, there is nothing normal about Ronnie Coleman and his talents. As far as Levrone is concerned, Ronnie is a once in a lifetime athlete. His genetics are blessed beyond anything that other bodybuilders have seen. He’s not just talking about pure physique aesthetic. He’s also genetically gifted when it comes to his strength.

Number 3. Flex Wheeler
In this episode of Mind Pump Podcast, Sal & Adam speak with legendary bodybuilder Flex Wheeler, arguably one of the best physiques of all time. Although they talk about bodybuilding this episode touches on a variety of hot topics, including self-hurt, drugs, race relations, etc. However, the part that interests us the most is the behind the scenes talk about Ronnie Coleman. Let’s watch what Flex Wheeler had to say!

Number 2. Dorian Yates
We all can agree Ronnie Coleman has long since been considered one of the greatest bodybuilders in the history of the sport. This is largely because of his massive physique and equally impressive conditioning. But in the filming of Ronnie Coleman: The King, GI asked other pro bodybuilding legends what quality gave Ronnie that extra push to become the best. How did he achieve one of the most massive and shredded physiques of all time? In GI’s GI Exclusive Vault interview, Dorian Yates reveals the most important quality that made Ronnie Coleman special.
Their full interview conversation with Dorian Yates during the filming of Ronnie Coleman: The King couldn’t all make it into the final film. That’s why they’ve been releasing extended segments from their GI Vault to give further insight into not only Ronnie but the sport of bodybuilding as a whole. One question they asked that didn’t make it fully into the film: “What made Ronnie Coleman special?” Dorian Yates gives a standard answer to start. It’s obvious when you see photos or video of him competing. Ronnie Coleman had an insane size and insane conditioning to match. He accomplished a level of shredded physique thought impossible for a bodybuilder that size. There’s no special insight there – it’s all on face value. Anyone can see what made Ronnie a legend in the first place.
But then Dorian Yates answers further.

Number 1. Jay Cutler
After years of being the perennial runner-up, Jay Cutler was able to dethrone the great Ronnie Coleman and win the Mr. Olympia. A decade and a half later, he reflects on that moment and what it meant to him. The onstage career of Cutler has two fairly distinct parts. What most people know him for is the fact that he was able to win four Mr. Olympia titles across five years, only briefly disrupted by Dexter Jackson in between.
However there was also the part of his career where Jay seemed to always be the bridesmaid but never the bride. Between 2001 and 2005, the Massachusetts born bodybuilder found himself coming in second place at every single event he competed in. After this run of second place scores, Jay Cuter was finally able to win the 2006 Mr. Olympia, breaking the legendary Ronnie Coleman’s 8 year reign as champ. Speaking in a recent interview, Jay explained just how much this moment meant to him. He started off by going on record to say that Ronnie Coleman was the greatest bodybuilder to ever do it, and he looked up to the legend. He then explained that after being second for so long, it took him a while to come to terms with the fact that he won.