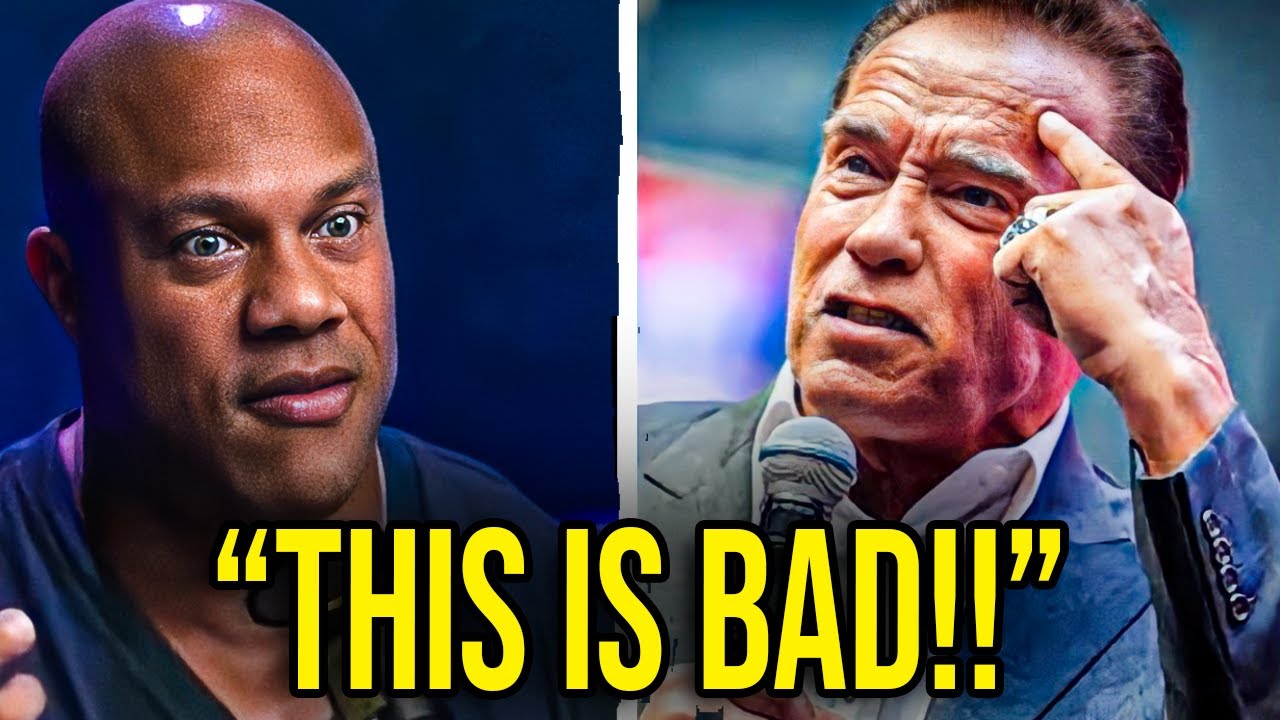 Bertil Fox Out of Prison After 25 Years
IFBB Pro bodybuilder Bertil Fox has competed on some of the sport’s most prominent stages but found himself charged with double slaying in 1998. In an Instagram post made by bodybuilder Gary Strydom, Strydom revealed Bertil Fox has been released from prison after serving a 25-year sentence. In light of this major news, Fox’s son, Shaun Fox, confirmed that his father was released from the penitentiary, where he served over two decades. Bertil was charged with the violent crime in 1997 after allegedly slaying his former fiancé Leyoca Browne and her mother Violet Browne by shooting them with a gun.

That’s Young Oak
When the news of Mildred Baena’s affair with bodybuilding legend Arnold Schwarzenegger came out, the media was taken up by a storm. The press went even crazier when confirmation came that Arnie fathered a child outside wedlock. Despite all the backlashes and controversies, the Schwarzenegger family worked on their differences. The love they share for each other is unconditional. With time the relationship between Joseph and his dad has also improved. An Arnold doppelgänger, one can not help but wonder- is it Joseph or de-aged Arnold himself? With each passing day, the resemblance grows more strong. When Joseph shared an image on Instagram and the fans were left scratching their head in disbelief!

Jon Call “Jujimufu” Reacts
“Jujimufu,” one of YouTube’s most popular fitness stars, has decided to speak publicly about the physique he brought to his latest bodybuilding show. In a recent video, “Jujimufu” explained why he placed 11th and his physique looked ‘washed out’ at the 2022 NPC North American Championships and discussed some of the problems he encountered during prep week. From amazing flexibility to jaw-dropping feats of strength, if there is one thing Jujimufu has mastered, it’s capturing an audience. He arose as a fitness influencer over the past several years. Since then, he’s grown his YouTube subscriber base to over 1.35 million. In addition to YouTube, the fitness influencer has amassed another 1.6 million followers on Instagram.

Franco Doesn’t Look Impressed
Arnold loves to interact with his fans. In his recent Instagram post, fitness freak Arnold shares a throwback picture to keep fans motivated. But this time, it’s not just Arnold’s skill that caught the fan’s attention. In the recent picture shared, Arnold shares a post to help his fans start the week on a positive note. Captioning the post, Arnold wrote, “Happy Monday, everyone! I hope you are all getting your deadlifts in.” Arnold fans were quick to notice Franco Columbu. One of his fans commented, “Franco in the background.”

Phil Heath Looks Massive in Recent Update
Despite having no plans to compete any time soon, bodybuilding legend Phil Heath is looking massive. In a recent post made to Instagram, Heath showed off his huge biceps while hitting some dumbbell curls. Phil Heath etched his name in the history books with a successful bodybuilding career. He earned the Mr. Olympia title seven times consecutively (2011-2017), matching the number of Sandow trophies held by bodybuilding icon Arnold Schwarzenegger. As a Men’s Open competitor, “The Gift” was celebrated for his 3D appearance, freaky muscle mass, and grainy conditioning. In 2018, Heath was dethroned by the late Shawn Rhoden after an epic battle on stage. Despite being unable to tie Ronnie Coleman’s record of eight Olympia titles against Rhoden, Phil tried again the following year. He returned to the Mr. Olympia stage in 2020, however, he finished the show in third place, behind runner-up Brandon Curry, and champion, Big Ramy. Despite suspicions, Phil Heath has never officially announced his retirement. Last year, the bodybuilding legend struggled to get his health in good standing after grappling with a severe case of Covid-19. He lost a considerable amount of weight as a result of the illness but hasn’t let up in the gym.

Malaysia’s ‘Father of Bodybuilding’ Gan Boon Leong Passes Away
The founder of the iconic Jonker Walk night market and Malaysia’s “father of bodybuilding” passed away on early morning Aug 15. Datuk Gan Boon Leong, 85, was the former Melaka MCA chairman and state executive councillor. His son, Datuk Gan Tian Loo confirmed his father’s passing. Tian Loo said his father had been receiving treatment for a weak heart at a hospital here but was discharged on Aug 14. “He was taken to a care centre here, where he breathed his last early this morning. His body has been taken to his office in Jonker Street for people to pay their last respects. He will be buried this Friday (Aug 19) in Bekok in Tangkak, Johor,” Tian Loo told media.